On the New ‘L Word,’ Everybody’s Invited to the Party

What did the first run of “The L Word” get wrong? It’s a question that was posed to veteran stars Jennifer Beals, Leisha Hailey and Kate Moennig on Zoom one recent afternoon.

Of course Hailey can’t deny it: “There were some bad sunglasses,” she emphasizes.

But the actresses who helped revolutionize queer characters on TV with “The L Word” when the show first aired on Showtime from 2004 to 2009 are also fully aware that the shades, the cuts and the outfits aren’t the only thing that hasn’t aged particularly well. The series, for as groundbreaking as it was then, has been criticized for missing the mark on trans representation. It’s hard to ignore that fact retroactively in the years following the show, as trans issues are finally at the forefront of our cultural and political landscape.

“We were where we were when we were there,” Hailey says, noting this is a common response of hers when asked about the passé parts of the show’s initial run, something she seems to be asked about often. “It’s so easy to be the Monday morning quarterback at this point. The show is dated stylistically, but thematically I think it still holds up.”

Moennig isn’t reticent about holding the show accountable for “storylines that are considered problematic now.” “There’s no denying that,” she says. “But at that time, no one was there to hurt anyone’s feelings or disparage anyone. That’s what we knew then.”

As the tide keeps turning for LGBTQ+ progress in this country, so does content that reflects those shifts. Between the original series and the 10 years that passed before the reboot premiered on Showtime in 2019, Hailey, Moennig and Beals saw an opportunity: to feature a young, diverse cast of LGBTQ+ characters who could reflect contemporary queer life, along with delving into modern love dynamics like polyamory.

Though the three actresses aren’t writing the episodes, they’re still doing their due diligence. “We need to make sure that our show is relevant,” says Hailey, who adds that during the decade the show was off the air “the world was changing before our eyes.”

She says they felt not only a “responsibility to bring these characters back to show how they’re living in today’s world, but also: ‘Let’s bring on some new characters to represent people in the community.’”

Seeing as though they’ve “completely changed language,” Beals, 57, was thrilled to spotlight a new LGBTQ+ generation. “They’ve added words to the dictionary — non-binary used to be just a mathematical term,” she says. “We look at language in a different way (because) of this generation who refused to be anything other than self-identified. So to be able to bring the show back on and explore those stories is really important and exciting to me.”

At the onset of “Generation Q,” Beals, who plays Bette, expressed what subject matter she wanted to see represented in the series. One of those issues was race, especially colorism, in the LGBTQ+ community. Aging, which was also on her mind, was a topic she brought to the writers’ room. Her suggestion led to an exploration of Bette’s menopausal experiences in Season 1 of “Generation Q.”

“For me, the show in itself is doing a lot of that work when it comes to personally my character,” Hailey says. “I want to go into personal stories and I feel like through that kind of representation, just being a gay woman and showing what we go through, is doing that work. It’s not always about getting on the soapbox — it’s about the subtleties of what we do.”

Moennig’s on the same page. She feels the show, by its very queer nature, is innately political, and always on her mind while filming is: “How do I make this as honest as possible?”

“It’s the little things that actually seem to provide a lot of impact,” she adds.

Moennig recognizes that, from the beginning, the show was always meant to be a “celebration, not a woe-is-me fest.”

It still is, she says.

Beals wholeheartedly agrees: “It’s primarily centered in joy and the smaller moments, and I think in that way it’s been really forward-moving.”

In Season 1, Alice (Hailey) navigates a throuple, Shane (Moennig) opens a queer bar, and Bette (Beals) is co-parenting Angie (Jordan Hull) with ex Tina (Laurel Holloman). Season 2 finds Bette more deeply exploring her mother-daughter relationship with Angie, while Alice writes a book that brings buried personal issues to the surface, things she hasn’t quite figured out yet — “a lot of stuff you would think she might’ve at her age,” Hailey says, laughing. And what’s going on with Shane? Moennig says to expect “a very, very slow burn where you’re going to have to watch a good majority of the season to get any kind of answer.”

As for bringing their Alice, Bette and Shane together with the cast of the upcoming “Queer as Folk” reboot — well, it’s not an impossible idea. “That would be amazing!” Beals says. “Boy, would that be cool,” Hailey adds. “That’d be fun.”

And Beals, enthused by these two queer universes colliding, knows just the person to unite these iconic casts: “I know Alice is going to host a party and everybody’s going to be there.”

Chris Azzopardi is the Editorial Director of Pride Source Media Group and Q Syndicate, the national LGBTQ+ wire service. He has interviewed a multitude of superstars, including Cher, Meryl Streep, Mariah Carey and Beyoncé. His work has also appeared in The New York Times, Vanity Fair, GQ and Billboard. Reach him via Twitter @chrisazzopardi.

The Truth About Puppy Mills

Focus
/
Mid-South
/
Culture
/
On the New ‘L Word,’ Everybody’s Invited to the Party 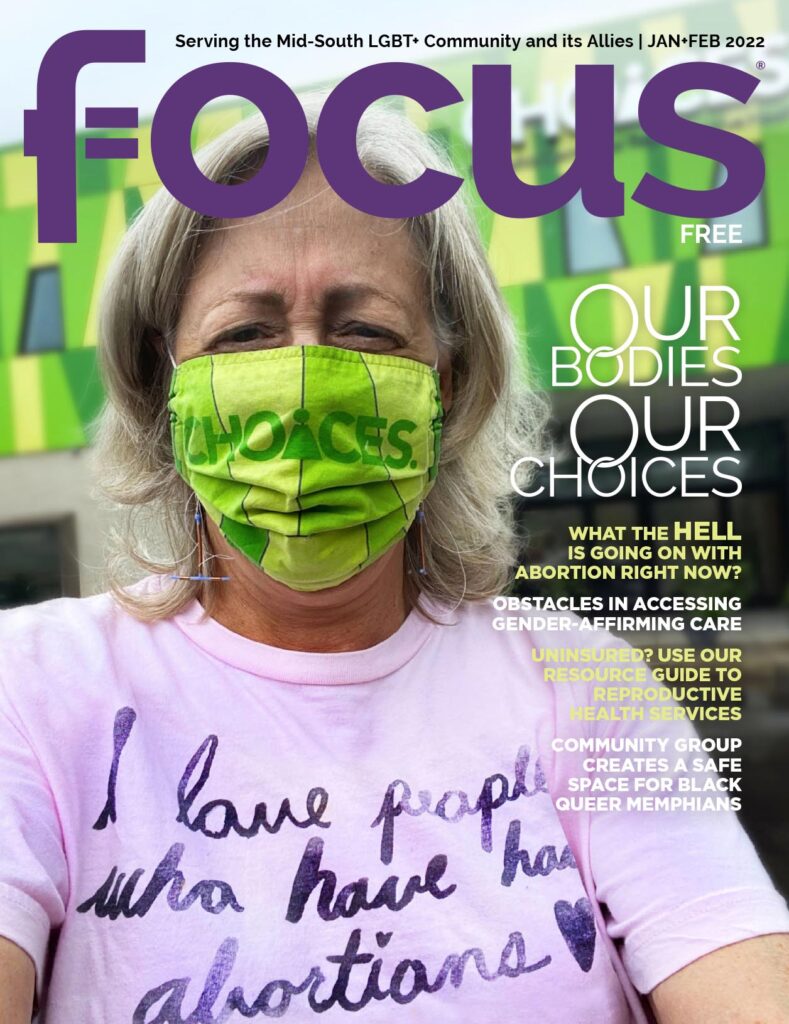