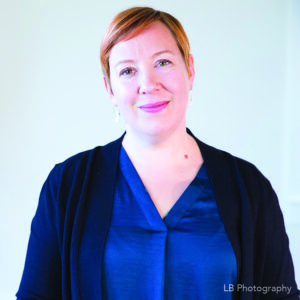 My sister asked me to talk to her 18-year-old son about his hygiene, and I’m not sure exactly what to say. He has cultural beliefs about personal hygiene and refuses to use deodorant. When my sister has tried to talk with him about it, he has been very sensitive and reacted badly.

He is a clean kid, but he is also a growing boy. Recently he expressed a desire to move up into a new role at work that would put him around more of the public. His mom is concerned that his aroma will be seen as unprofessional. I have only ever noticed it once, and to be fair, we had just finished a 4-mile hike, so I probably smelled too. LOL.

Anyway, what do I say? I understand why he would feel sensitive about this. I don’t want to hurt his feelings, but I also want to help.

Can you imagine anything more uncomfortable than talking with your mother about body odor? It must be right up there with conversations about sex and puberty. As parents, we cannot let awkwardness keep us from important conversations, but when it comes to hygiene, as with sex and puberty, we must work to separate facts from misinformation, and biased assumptions.

We can’t talk about deodorant and antiperspirant without first talking about body odor. Sweating is a healthy function of temperature regulation in the body that, on its own, does not create any odor. Body odor is actually caused by a surface bacteria that consumes our sweat secretions and releases a sulfurous molecule called thioalcohol (the odor created by this process can vary depending on things like hormone levels, diet, illness, or medication).

The actual value of antiperspirant and deodorant is up for debate. There is evidence that use of aluminum- based antiperspirants can cause a buildup of aluminum in the body (though no conclusive evidence that this buildup causes problems). Even deodorants, both chemical and natural, change the body’s external microbiome, a complex system of helpful bacteria that act as the skin’s first line of defense.

The prevalence of daily deodorant and antiperspirant use in the modern United States is largely a function of marketing. There is an old business aphorism that you should sell the problem you solve, not the product you make. Nowhere is this practice as evident as in the marketing- fueled American obsession with sanitizing the body. In the early twentieth century, Edna Murphey struggled to sell her antiperspirant, Odorono, because people thought preventing sweat and natural odors was unnecessary at best and unhealthy at worst. So, in 1912, she hired a marketing team that undertook to exploit the fears and insecurities of its target demographic. Ad campaigns with bylines like “The most humiliating moment in my life,” convinced American women that sweat and body odor were embarrassing faux pas that could ruin a woman’s social life without her even knowing why. Sales of Odorono sky-rocketed and other deodorant brands quickly jumped on the shame-based advertising bandwagon. A couple of decades later, when advertisers tapped into men’s depression-era insecurities to further expand their market, our nation’s daily deodorant habit was solidified.

These days, many people are choosing to ditch antiperspirant and deodorant altogether with success. Some people report an increase in body odor for a couple of weeks as the body’s microbiome returns to its natural equilibrium. After that, most people find body odor manageable with basic cleanliness and hygiene. As for your nephew, since you mention having only noticed his body odor after a 4-mile hike (an exertion that would challenge the sturdiest of deodorants), I would bet that he is managing just fine.

But let’s talk about the cultural context of body odor and why his decision might make your sister uncomfortable. Throughout time and cross cultures, scent has been used by dominant groups as a way of othering subordinate or disfavored groups. Whether in ancient Greece, modern America, or indigenous Brazil, dominant classes consistently characterize their own scent as pleasant or nonexistent and everyone else’s as foul.

You don’t specify your sister’s culture but given that her son’s hygiene beliefs are culturally based, I assume she and your nephew are of a culture or race that has been marginalized or discriminated against in our country. Non- white populations in the United States have long fought prejudiced messaging that they carry an unpleasant odor. And it has been the job of a responsible parent to help their child navigate these prejudices, often without even realizing that they are doing so.

If this is the case, your sister may be feeling an intensity around this issue that might make it hard to consider any alternatives to the one she feels is most safe for her son. When you sit down to discuss hygiene with your nephew, it might help to start by putting his mother’s fears into context. It may be that he will never have a supervisor accuses him of being unclean based solely on his race or identity. But fears that he might would not be unfounded.

Once you’ve talked about the cultural context of his decision, and before you tell him what you know, ask him to share his thoughts about hygiene and deodorant. You may be surprised to find that they are researched and well-reasoned. And if you and he feel like your sister needs a little more assurance that he is making a responsible decision, you could work with him to make a plan for any worst-case scenarios.

After that, maybe take him out for another one of those 4-mile hikes. That should get you started.