Three days after he was murdered, Richard began to feel much better…

Utah-born Wess Mongo Jolley spent the last five years writing his most ambitious project—a three-book sprawling supernatural thriller, set in Salt Lake City, entitled “The Last Handful of Clover.” Saying it is the most challenging thing he’s ever written, Jolley describes it as an “epic meditation on aging, loss, and regret.”

The story centers on a University of Utah professor named Richard Pratt, who is killed three days before the book begins in a seemingly random act of violence. As Pratt is propelled into the netherworld of the dead (called the Hereafter), he is forced to witness the loss and suffering of his husband left behind. Salt Lake City tumbles into a rapid, fiery demise as other denizens of his ghostly realm enact a brutal revenge on the world of the living. And it is only Richard Pratt who can save him.

With the help of a barefoot 15-year-old boy from the old West and an ancient Goshute wise woman, Pratt sets out to save the man he loves, Salt Lake City, and his own wounded soul. Together they must face a ferocious enemy bent on the complete destruction of a great American city—an enemy with his fingers deep in Richard’s shameful past.

“The Last Handful of Clover is a sweeping supernatural thriller about love, loss, regret, and redemption,” Jolley says. “It is a novel of terror, in which one man is called upon to face the sins of his past in order to save the future for the man he loves, and a city of over a million innocent souls.”

The story takes the reader from the remote Montana wilderness of 1810 to a present-day secret chemical weapons laboratory under the Utah desert.

Asked why he wrote the story with a gay main character, Jolley said that writers “need to write what they know.”

“I’m a gay man from Utah, so it felt like a good place to start,” he said. “But the more thoughtful answer is that I believe representation is important. I wanted to write a story where the lead characters were gay, yet the story was also about truly universal experiences. The fact that the lead character is gay is crucial to the story, and it would not be the same story if the characters were straight. And yet, there is much in [Pratt’s husband] Keith and Richard’s experience that everyone can relate to, no matter their orientation.

“I think Richard and Keith’s relationship is one that gay men, especially bear-identified gay men of my generation, will recognize and find familiar,” he said.

“In fact, it’s being released on the five-year anniversary of the day I made the first notes on the story, which included the line that I still use when talking about the book: ‘Three days after he was murdered, Richard Pratt began to feel much better.’ That line didn’t make it into the book, but it captured the spirit (no pun intended) of what I wanted to write.”

Jolley, of course, hopes that everyone will want to read the book, but also believes it will have a particular appeal to gay readers.

“I realize that a half-million-word supernatural thriller with a gay protagonist won’t be everyone’s cup of tea,” he jokes. “But I think you will love this book if you enjoyed Stephen King’s ‘The Stand.’ It also has themes you’ll find in movies like ‘The Others’ and ‘The Sixth Sense,’ in that it is a ghost story told largely from the perspective of the ghosts.”

“It’s a gay story,” Jolley said, “but it’s also a universal book about aging, loss, regret, and redemption. And who among us hasn’t struggled with those existential questions and experiences?”

Asked why he chose to set the book in Salt Lake City, he talks about his mixed feelings of being raised in the area.

“Utah is an amazing place, and it’s always captivated my heart. Even though, as a young gay man, I felt a need to flee from the rigid culture of the state, I still think of it as my home,” he said. “And Salt Lake City is an especially interesting town. Besides the conservative Mormon culture, Salt Lake boasts an artistic and bohemian underground that is fueled by the otherwise conservative world around it. The contrast makes for a vibrant, interesting, and diverse environment.”

“Right from the start, this story tied in heavily with a lot of Mormon history and culture. You’ll read references in the novel to several crucial incidents from Utah history. The massacre of the Goshute Tribe in the novel is based on a real historical incident, and the Fancher Train that passes through the state in 1847 is an actual wagon train that was later massacred in Southern Utah at Mountain Meadows,” he explains.

“I suppose this novel embodies my mixed feelings about Salt Lake City. It’s my chance to pen a love letter to the place where I grew up, where I came out, and where I learned to love myself and other men,” he said. “But it also gives me a chance to vent my frustration at the place by burning a lot of it to the ground (metaphorically, of course).”

Jolley has gone an unconventional route in releasing the book, using the membership platform Patreon in his first release.

“I’m hoping that readers will be interested enough in the story to become a patron. For the cost of a cup of coffee each month, you’ll get two chapters a week. And for just a few dollars more, you can listen to me narrate each of those chapters as well. I’ll be releasing the audiobook chapters on Patreon simultaneously with the text chapters,” he explained. “But more than just a place to read the book, my dream is that we’ll build a community around the book on Patreon. I’d like it to feel like a book club, where we can all chat about the chapters as I release them. The feedback will help me immensely as I move it toward publication, and anybody that sticks with me for this entire journey will get a print copy of the book, if and when it is published.”

For those who may not have the resources to purchase a Patreon membership, he will be releasing the book later on the Wattpad platform and the audio book via a podcast.

He says he sees the book as the first in a series.

“I’ve already begun planning the sequel, in which many of the same characters appear. The next book will follow the survivors from Salt Lake City as they move on to rebuild their lives, and we’ll follow the Fancher Train in 1847, as they move inexorably toward their fate in Mountain Meadows. And the connection between the two will be shocking to readers,” he said.

More information on The Last Handful of Clover can be found at
http://wessmongojolley.com/fiction.
Read the book on Patreon at http://patreon.com/wessmongojolley.
This article originally appeared in Q Salt Lake Magazine. 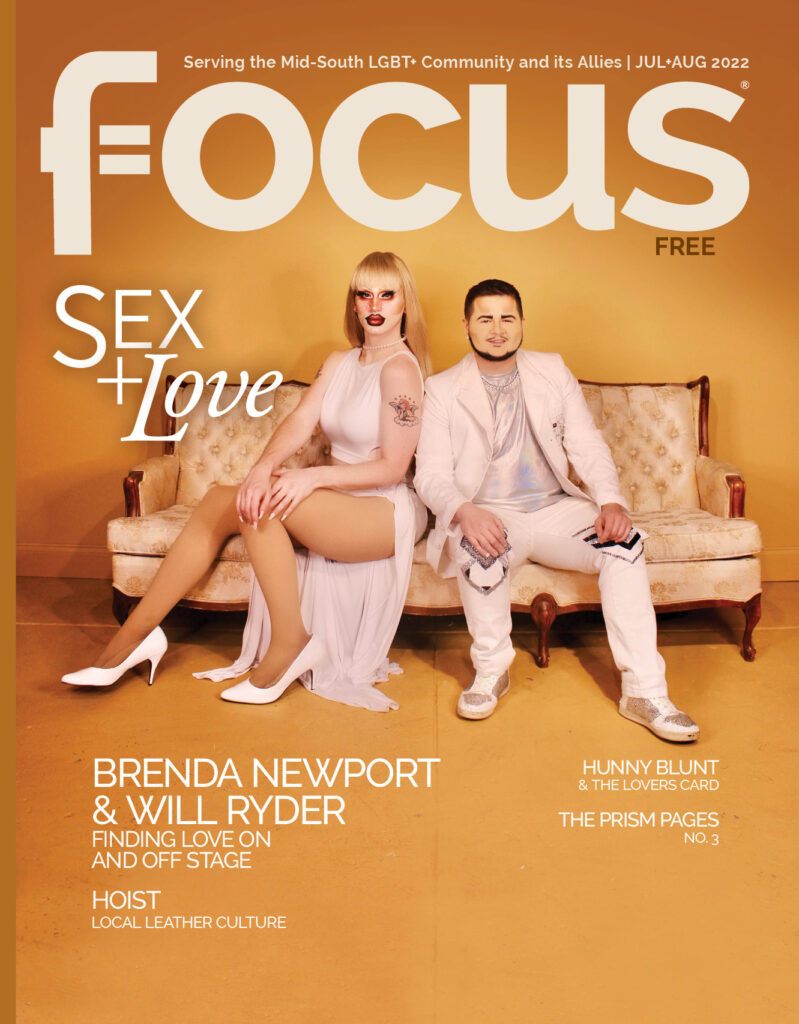