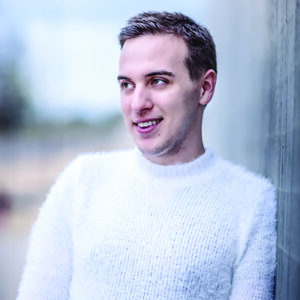 Attended the University of Memphis as a journalism major, where he edited the campus newspaper. He has contributed to StyleBlueprint, Salon, and At Home Memphis & Mid South. He is now pursuing an M.S. at UofM.
All Posts

Elizabeth Dotson’s life has always revolved around food. She’s a preacher’s
daughter, but she doesn’t minister in a pulpit. She evangelizes through Parmesan cheese and pepperoni.

Dotson owns Boardable 615, a store that carries artisanal foods, mixers and homeware. She focuses on sourcing her products from local makers.

“I’m a Tennessee native who has spent 18 years in the food service industry, helping others start businesses in various food niches including gastro pubs, bars, breweries, and bakery services. I’ve also spent time in the business sector, looking for my place in it all.

Dotson hatched the idea for her business back in January 2020. She decided to make these boards ‘to-go’ after her friends kept asking her to make them for themselves. She left her job in June 2020 to focus on Boardable 615 full time. “I didn’t want to go work for somebody else,” Dotson said. “I’m tired of working for other people… It’s my time.”

Shops in the area started asking her if they could put her boardables in their cold cases. That made her decide she could have them in her own cold cases in her own store. So she cashed out her 401k to make it happen, and her husband had a panic attack.

Dotson designs “boardables,” a portmanteau of the words board and Lunchable she coined. When making them, she feels both at home and connected to the people she’s making it for. She believes her calling is to share in the highs and lows of life by arranging bite-sized food to nibble on.

Dotson says that table fellowship breaks barriers and binds people together. “Breaking bread and sharing cheese and crackers signifies all are welcome,” she said.

She has three young children, June, Ryan and Luke, and relishes the fact that they get to see her be her own boss.

Dotson made a space for her and her employees’s kids at her brick and mortar store, which she’s passionate about. This alleviates a need for childcare for everyone who works for her.

“The girl that works on Tuesdays has a kid, so if she works anywhere else, she won’t be able to take her kid with her,” Dotson said.

Dotson said it’s difficult for a working mother. The COVID-19 pandemic only made things more challenging.

“We can show (our kids) how to work hard,” Dotson said.

Dotson’s boards come in four sizes — mini, small, medium and large — that cost between $11.25 and $110. Customers can get one of her four signature creations.

One of her signature creations is the Jack Jack. It includes pepper jack and Colby-Jack cheeses and hard and Genoa salamis. It also features bacon jam, seasonal fruits, nuts, crackers, olives and chocolate.

Customers can also make their own and choose from a variety of cheeses, proteins, spreads and dips. Dotson’s favorite flavor combo is Asiago cheese, cashew and blueberry.

“I focus on having that fancy feeling at home,” Dotson said.

Business and Finance Podcasts with a Queer Focus

Focus
/
Middle Tennessee
/
Culture
/
Get on Board!