“Pose” is gone, so long live the careers of its luminous cast of trans women. That’s the collection of Pride Month wishes we sent out to the universe, and already one of those wishes has come true: Mother Blanca Evangelista, aka Mj Rodriguez, has a new series ordered at Apple+ that will co-star Maya Rudolph. The untitled comedy (sometimes known as “Loot”) from Emmy-winning creators Alan Yang (“Master of None”) and Matt Hubbard (“30 Rock”) follows Rudolph’s character as her husband leaves her 87 billion dollars. Rodriguez will play the executive director of the non-profit funded by her obscenely rich boss. That’s all we know, but we’re in. And until we get to lay eyes on it ourselves, we’ll be content with Rodriguez’s debut summer single, the Earth Wind & Fire-ish “Something to Say.” Oh, did you forget she sang on “Pose”? Well, catch up, because she can do this.

‘Ailey’ dances into theaters this summer

A towering figure in the world of dance, the legendary black choreographer Alvin Ailey formed the Alvin Ailey American Dance Theater and blazed a trail through contemporary dance before his death from AIDS in 1989. Now a fitting film tribute, the documentary “Ailey” from director Jamila Wignot, will see its post-Sundance Film Festival arrival this summer from Neon Releasing. Built around a treasure trove of archival footage, much of it featuring Ailey’s own words, as well as interviews with colleagues, the doc covers Ailey’s life and career, from the lack of opportunities for work due to racist practices in the dance world, to the formation of the AAADT and the fight to break down barriers for Black dancers and Black choreography. This immersive look at the man behind the legacy comes to theaters July 23 and deserves to be seen on the biggest possible screen.

‘John Wick 4’ gets a vital dose of Rina Sawayama

If your 2020 pandemic listening habits involved relying entirely on the disco-dominated albums from Dua Lipa and Kylie Minogue to get you through it, then you slept on queer Japanese-British pop star Rina Sawayama and her critically acclaimed full-length debut, “Sawayama.” You have time – such as right now – to correct this lifestyle error, and when you fully absorb her witty, stylish, assertively feminist music, you’ll be even more pleased to learn that your new favorite wickedly talented artist who writes love songs to women is joining the cast of “John Wick: Chapter 4.” And if you’ve also still not caught up on the thrillingly violent “John Wick” series – it’s about a man named John Wick (Keanu Reeves) who’s very angry that bad guys killed his dog – then you have time to fix that, as well. We don’t know who Sawayama will be playing, but we hear it’s a major supporting role, and her casting announcement hit just before the inclusion of martial arts superstar Donnie Yen to the cast. There hasn’t been a dud in the “John Wick” series and our excitement for this next installment just grew by a hundred percent.

Exodus International has been dead and gone for eight years now – in other circumstances we’d say RIP but this deserves more of an LOL – and if you don’t know what they were, well, you actually do. Exodus was an umbrella organization of affiliated ex-gay “ministries” that sought to put queer people back in the closet by any means necessary. And now a new documentary coming to Netflix, “Pray Away,” the debut of filmmaker Kristine Stolakis, will explore the history of the group and the ongoing legacy of its oppressive, destructive mission. Exodus was formed in the 1970s by five queer men who formed a Bible study to support each other in their mutual decision not to form romantic relationships with other men. What grew from that was a monster of an organization that was seen as the only hope for Evangelical adults fighting their identity and as a punishment of choice for straight parents who wanted to erase the queerness from their kids. What changed? The leaders of the organization fell away one by one, realizing it had all been a colossal, dehumanizing mistake. So while many ex-gay groups still exist, this story, at least, has a happy-ish ending. Watch “Pray Away” when it drops this August.

St. Francis of Assisi: Blessing of the Animals

No Trick, Just a Treat: Elvira Actor Cassandra Peterson on Revealing Her Sexuality in New Memoir 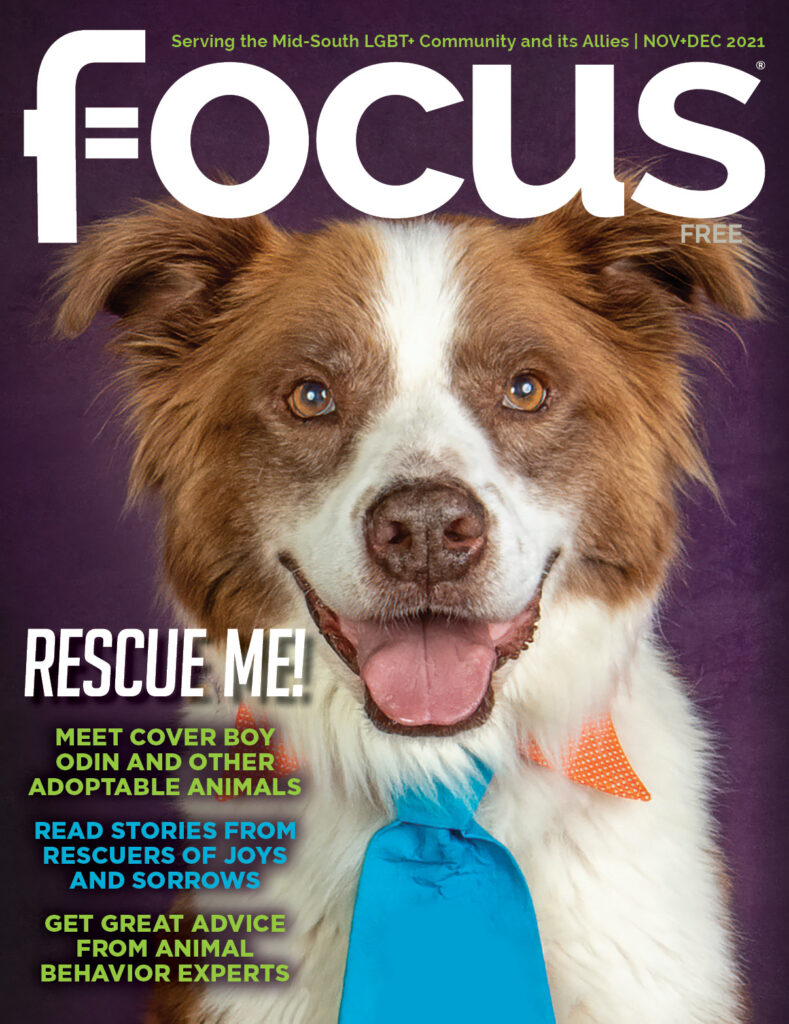