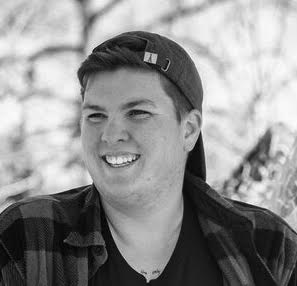 Nerd culture is inherently queer. Fantasy, science fiction, and video games present worlds that are counter-cultural to the mainstream, that allow for different gender presentations and experiences, and allow a place for misfits to gather and find each other. Diving into sci-fi and fantasy worlds and the characters within them allow us to explore our own identities in a safe, comforting, and playful way.

A beautiful example of a place to play is Nashville’s Cosplay Collective, started and run by a lovely queer couple.

Dee Volpe (she/her/hers) and Nancy Arch (she/her/ hers) have been together for decades and started the Cosplay Collective in 2014. Affectionately nicknamed everyone’s cosplay moms, they decided to share their talents for putting a smile on people’s faces with their excellently crafted costumes by expanding their community and event opportunities.

Dee grew up in Chicago and has been in Nashville since moving here for college in the ‘80s. At that time, nerd culture was becoming much more mainstream, particularly through Star Wars and Ghostbusters fandoms. Both had a big impact on Dee, and she has developed her own Mandalorian character and her own ghostbuster. In fact, she is a member of the Tennessee Ghostbusters, another collective of cosplayers solely in Ghostbusters outfitting.

Beyond loving the characters she created within worlds she loved, cosplay was a clear place for Volpe to put her artistic talents to work, too.

“I make my own costumes,” she said. “I teach other people how to make their own costumes. I love to be a Mandalorian because I love to make armor, but I can make a variety of things. I try not to make things for other people, though, I’d rather teach them how to do it themselves.”

Dee hosts what she calls build days in her home workshop for her community. From sewing to fixing to crafting, Dee’s decades of experience are a great resource for younger cosplayers, so much so that she also sets up fix-it tables at conventions.

“MTAC, a local anime convention, gives us our own repair room for costume fixes,” she explained. “It’s private so people can take off their character’s costume and take a break while we either help them fix it or show them how to do it.”

While Dee can be spotted as a ghostbuster, Mandalorian, or Batwoman, her wife Nancy is a perfect Newt Scamander, the wizard biologist in the Harry Potter universe.

“She won’t break character,” Dee said. “She has a great English accent, too… Cosplay is more than wearing the costume, we also develop our characters. For example, I am not a ghostbuster character from the movie, I have made up my own character within the world. Newt is the main character of the Fantastic Beasts trilogy. No matter your preference, both are cosplay.”

Even if you craft your own character, these worlds are copyrighted and trademarked by the authors and/or producers of these franchises, so cosplayers in the collective cannot get paid for their characters. For the queer Harry Potter fans in the mix, that is great news, because J.K. Rowling cannot and will not see a dime from a Harry Potter cosplay performance.

In fact, a big event that the Cosplay Collective attends annually is A Wizard’s Christmas in Louisville, Kentucky. Every December, cosplayers gather in the great hall of a North American wizarding school for meals, markets, and even immersive experiences like classes with wizarding professors. The Cosplay Collective participates in the event in Hogwarts cosplay; they have traveled from Great Britain to visit this North American school, complete with its own houses. Information about all of these professors and event details can be found on A Wizard’s Christmas website and Facebook page.

Cosplay is all about joy, and Dee takes that seriously. Because they cannot be paid, Dee instead focuses her energy on doing everything she can for local charities. If anyone offers to pay her or anyone in the collective for an appearance, she redirects them to Dreams and Wishes of Tennessee.

“I fell in love with cosplay when I saw the smiles that my Batwoman costume put on young queer kids’ faces,” Volpe explained. “Our first appearance as a collective was at the Vanderbilt hospital oncology ward, for adults, actually. We do an annual toy drive for Centennial Children’s Hospital, too.”

On October 22, Cosplay Collective will also be participating in The Extra Mile, the largest Down syndrome awareness event in the state. It is hosted by The Down Syndrome Associate of Middle Tennessee on the Wilson County Fairgrounds.“

We call ourselves a collective because I always reach out to other organizations,” said Volpe.

“Whenever we book an event, I put an open call on our Facebook page to our collective, and I reach out to other cosplay organizations around. We are a collective of hundreds of cosplayers, and I love getting to work with so many people and characters.”

A major priority of the collective is to maintain community guidelines and keep cosplay a safe space for all, but they do not have any sort of costume requirements. Many cosplay organizations require a certain amount of polish, craftsmanship, and other particular standards unique to a character before they can book an appearance, but the Cosplay Collective invites any cosplayer as they are.

To join the Cosplay Collective, just reach out to their page on Facebook. They are most active there, but have an Instagram as well. Say hi to some beloved characters at their public appearances at various comic and anime cons, at The Extra Mile, and the almost sold-out Wizard’s Christmas.