The 52nd Nashville Film Festival works to elevate and honor filmmakers, screenwriters, musicians and artists from around the world and here in Tennessee. This year’s festival will feature more than 150 films, Creators Conference panels, Q&As, the annual Music Program and other exclusive content in an engaging mix of in-person and online events. All-access VIP badges are available for singles or couples/plus ones; single in-person only; and virtual only.

Visit https://nashvillefilmfestival.org/2021-festival/ for the full schedule and screening details for each film.

FANNY: The Right to Rock reveals the untold story of a self-formed garage band— which included Filipina American and queer bandmates — that morphed into the ferocious rock group Fanny, the first band of women to release an LP with a major record label (Warner/Reprise, 1970).

Socks on Fire is Bo McGuire’s lyrical testament to Southern women couched in the familial battle for his beloved grandmother’s throne. McGuire returned home from New York City to Hokes Bluff, Alabama to find that his Aunt Sharon—his favorite childhood relative—had locked her gay, drag-queen brother, his Uncle John, out of the family home. As a queer Southerner who is both protective and skeptical of the South, this family rupture stoked a fire within McGuire to document the place and the people he calls home.

Green Sea Anna has lost her memory, but she hasn’t forgotten how to cook. One night she shows up in a working class neighborhood where she meets the unpredictable loner ROULA and gets a job as a cook and a place to stay at his shabby tavern. In the kitchen, amidst the scents of spices and old forgotten recipes, Anna struggles to recall her past and rebuild her life. Her food awakens memories to the locals, who help her to reconnect with herself. Then, Roula suddenly discovers Anna’s true identity.

Charm Circle After uncovering a treasure trove of home videos documenting the moments of happiness and music that punctuated an otherwise tumultuous upbringing, filmmaker Nira Burstein returns to her childhood home – now crumbling – to explore whether she and her two sisters can reconnect with her parents. Catalyzed by the announcement of one sister’s polyamorous wedding, renewed tensions threaten to sever what’s left of the family bond.

Invisible – Growing up gay in the South is hard enough, but to be an openly gay woman in country music is nearly impossible. Nashville is a man’s town, yet this group of lesbians (and one trans man) succeeded anyhow, making an indelible impact on country and southern music. This film explores their personal journeys while taking a hard look at family, religion and the patriarchy of country music.

God’s Daughter Dances When transgender dancer Shin-mi learns she must leave the nightclub floor for military barracks, she doesn’t hesitate to fulfil her civic duty. But the bureaucrats don’t know where to fit her in the charts, so Shin-mi must conform. How many things does she have to undergo to make society understand she’s a woman?

MeTube: August sings ‘Una furtiva lagrima’ Crazy Electro-Opera-Mix with references to “Star Wars” and “Transformers.” It is the third part of the internationally award-winning MeTube short film series. This time the intergalactic music nerds August and Elfi conquer the opera stage and orchestrate their final adventure in an opulent manner!

Parked in America – Jamie Park arrives in Illinois, fresh off the plane from Seoul, and meets her cousin Eli and his family. On her first day at St. Mary’s High, Jamie meets Eli’s girlfriend Lauren, and Eli’s estranged best friend Harvey. Lauren and Harvey become fast friends with Jamie, throwing Eli for a loop. Eli throws a party, and after a triggering conversation, Jamie storms out of the house. Eli chases after her, asking why she’s staying with his family, prompting Jamie to reveal the real reason.

Unliveable In Brazil, where a trans person is murdered every three days, Marilene searches for her daughter Roberta, a trans woman who went missing. While running out of time, she discovers a hope for the future.

Heavy Petting Struggling to fill the void left by her missing cat, a woman has a queer encounter with an unexpected visitor. When the cat returns, the visitor is abandoned to a life of profound invisibility, which prompts a macabre test of their social obscurity.

See You Then A decade after abruptly breaking up with Naomi, Kris invites her to dinner to catch up on their complicated lives, relationships, and Kris’ transition. Over the course of a one-night encounter, they engage in a series of increasingly intimate and vulnerable conversations, before a shocking revelation is unveiled. SEE YOU THEN focuses on the universal truth that no matter how much you change, a part of you will always stay the same.

2021 FILM COMPETITION
September 30 – October 6, 2021
Founded in 1969 as the Sinking Creek Film Celebration, Nashville Film Festival (NashFilm) is one of the longest-running film festivals and most acclaimed festivals in the U.S. NashFilm attracts enthusiastic film lovers from all across the country. Featuring more than 150+ films from around the world, a screenplay competition, episodic competition and music showcases, the 52nd Nashville Film Festival will take place September 30 – October 6, 2021.

2021 SCREENWRITING COMPETITION
September 30 – October 6, 2021
NashFilm’s screenwriting competition is focused on creating a place where aspiring screenwriters can have a community and get the long term support that they need to succeed. Our all-industry panel is curated based on their ability and desire to find new voices. That includes top Hollywood/New York-based management, active producers, and talent. Finalists at all levels are offered one-on-one help with their projects, including helping them make industry connections when their projects are market ready.

2021 MUSIC PROGRAM
September 29 – October 1, 2021
Presented annually during the Nashville Film Festival, the Music Program was launched more than a decade ago to showcase the diverse music of Nashville to the Film, TV and Advertising sync communities. Through educational Music Supervisor panels, one-on-one mentorships, artist showcases, and VIP events, the objective of the committee is to bring more sync opportunities to the Nashville Community. These virtual VIP events happen over the course of two days and in conjunction with Nashville Film Festival programming. The 2021 edition of the Music Program will take place Wednesday, September 29 through Friday, October 1, 2021.

2021 PARTIES AND SOCIAL EVENTS
September 30 – October 6, 2021
Nashville is known world-wide for a city that can really throw a party and the Nashville Film Festival is an annual highlight for all people with a love for film and music. The 2021 edition of the Nashville Film Festival is positioned to safely bring the in-person aspect of social networking back in a big way! Hosted at venues throughout the city, NashFilm events are the perfect way to make new film and music industry contacts, meet new friends and re-connect with those that you missed sharing time with in the past year!

FILM, MUSIC AND MEDIA INDUSTRY NETWORKING
Year-Round
The Nashville Film Festival brings together a unique blend of film, music and media talent in a way that no one else can. By providing one-on-one opportunities for filmmakers, music-makers and screenwriters to connect in meaningful ways, NashFilm offers a 360 view of the integrated entertainment industry and provides an important platform for creative talent to take their projects to the next level.

NASHFILM’S “LIVING REEL” INITIATIVE, IN SUPPORT OF NASHVILLE’S AT-RISK YOUTH
Year-Round Advocacy Initiative
Each year, the festival partners with an organization whose efforts serve at-risk youth from diverse backgrounds. During the Living Reel program, NashFilm partners with filmmakers and musicians to help the teens learn to work together as a team, while expressing their thoughts and experiences through the art of music and film. 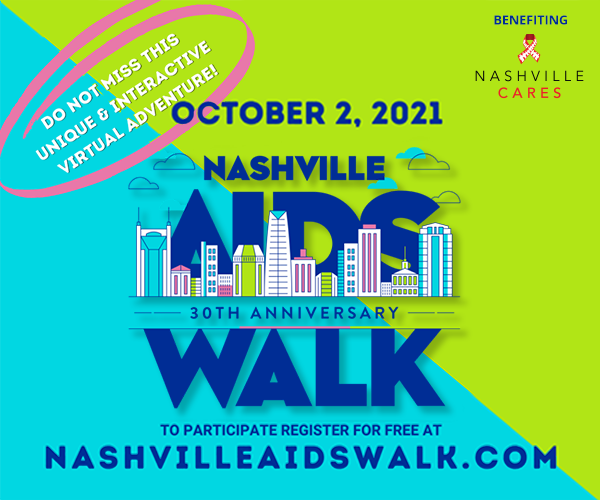 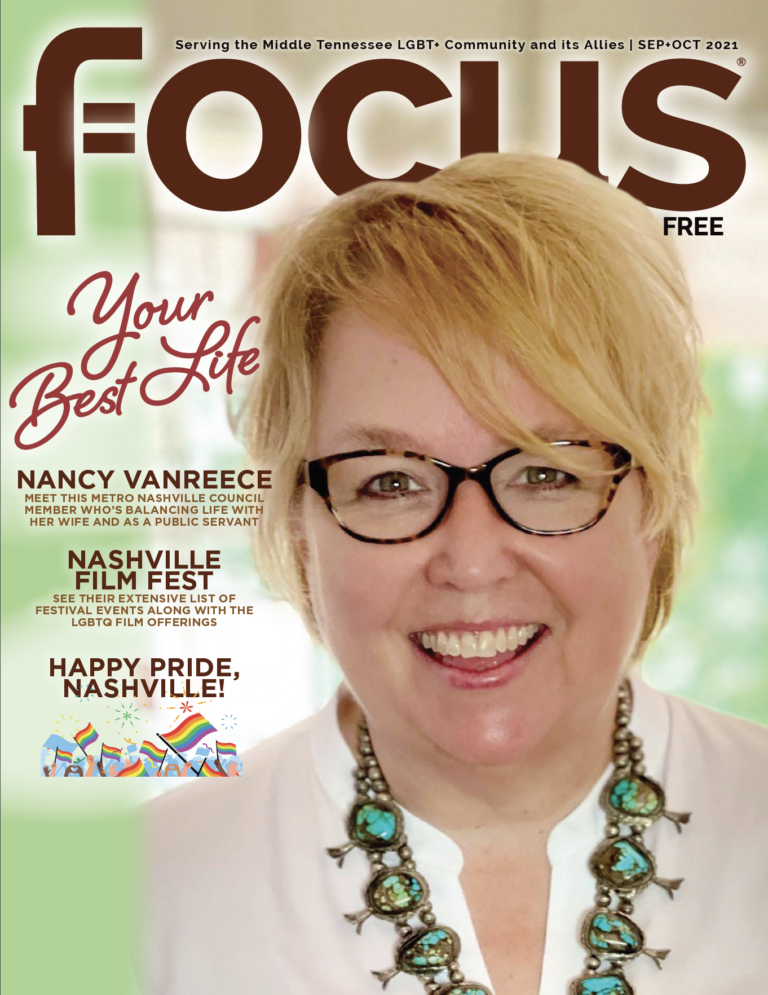